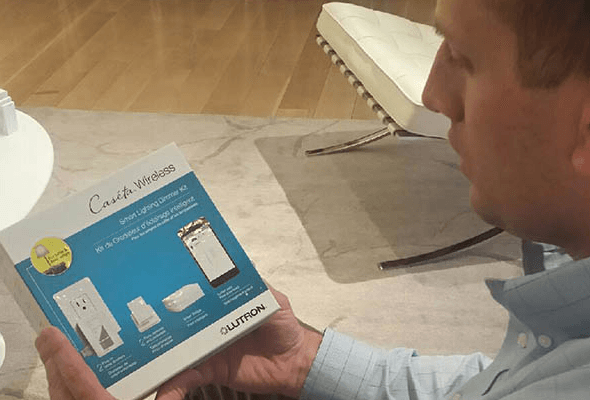 Talking to a cell phone has become a norm in society today, but what if talking to a house, kitchen appliance, or the electric system became an average way of life, too?

Apple Incorporated revealed their product on Tuesday. Their device is a kit of compiled home automation designs. The actions committed by the lights, security monitors, and other objects can be controlled with iOs 8 products. One could dim their lights with the touch of their phone, tablet, or with the chip which is contained in each "HomeKit" device.

Matt Swatsky said, "But voice control is what really sets HomeKit apart" in an article on philly.com. One's phone could not be activated without a touch, but now a simple voice with a command can activate and complete an action.

The actions are able to be completed with the help of Lutron's "generation 2" Caseta dimmers and other features (which are coming to Apple stores this week). The idea is not ending there. Swatsky is looking further to other apps being utilized simultaneously by a person's voice activation.

There appears to be hardly a delay once the command is said. The lights altered just as one asked the system to do so. Having an AppleTV in the house can allow actions to be completed without a person there asking them to be; the AppleTV can be the middle man.

Apple is not the only corporation heading in this direction. Amazon and Microsoft will be announcing their products within the coming months. These large corporations are not settling on the house, but looking to connect over 28 billion other items together.