Archos is the company responsible for attempting to take home automation to a new level.

The secret about Apple getting involved in home automation is no longer a secret, which is why Archos' product is inevitable. According to CNET, Archos is the company behind one of the very first Android-run tablets.

The home automation kit would include: a tablet, two small cameras, two movement sensor tags, and two environmental sensors that track the temperature. Since the system is run through an Android tablet, there is no need for a central "hub." 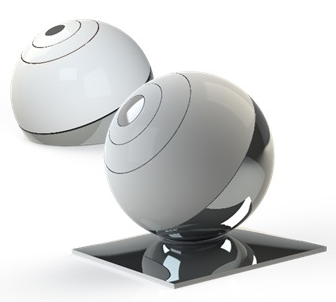 There will be both an Android and iOS app available through Bluetooth 4.0, but it does require the technology in order to operate. If the user doesn't have it already, then they will have to purchase that separately.

The starter kit is selling for $250 which sounds good, but may not compete with the competition. The Archos system is similar to products like Sentri, Piper and Canary, except you must buy the tablet even if you don't want to because there is no "hub." The competitors do have a centralized hub that is built into the unit and include all of the same technology and equipment.

You can upgrade your system with add-ons starting at $25. These add-ons include equipment such as: a smart plug, a siren, and a movement sensor. There is also a $3 "tasker app" that will sync with the system. It will allow for more advanced customization.

CNET is projecting that the Archos systems may be less accessible than the other systems because of the equipment requirements. Since the mobile app shows the same information as other products that include a central hub, it may be more difficult for some consumers.