It has been reported that when Comcast upgrades a neighborhood, technicians disconnect any house that is producing line noise.

This could be caused by anything from faulty wiring to a loose cable...and then they leave. They leave it up to the homeowner to discover that service is down and then place a repair call.

In a few days, a tech will show up, locate the problem, fix it and restore service.

Because of instances like these, Comcast has been labeled as "the worst company in America". 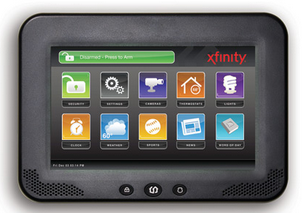 The reason so many of us hate our utilities is the fact that these services are fixed, meaning we can't go anywhere else to get service, so the motivation to do a good job is essentially non-existent.

Most utilities are generally good and try to give their customers the service they are paying for; however, Comcast has come in last pretty consistently in customer satisfaction polls.

A week ago, Rob Enderle noticed a Comcast technician working in his yard. The neighborhood's equipment locker was basically in his front yard. Rob asked him what he was doing, the tech smiled and said he was fixing a problem for one of the neighbors and that he would loose service for a few minutes.

A few minutes later, the tech was leaving and Rob waved good-bye. Later on, he then discovered that he had no service. The tech did not turn Rob's services back on.

Rob called Comcast and went through the whole nightmare of customer service. The representatives were checking to make sure he was all paid in full even though Rob had told them what had happened. Many calls, and a week later, the service was finally turned back on.

Rob's recommendation is to get off Comcast if you have another alternative in your area.

If you can't get the business service rather than residential, it provides faster service. Get out of the 'bundle' if you can.

In the end, Rob points out that most of the people at Comcast were nice, but because of their policy, nothing could be done to fix the problem in an acceptable time table.