The Linux-based home automation products have been on the market for a long time. They have been quite successful in creating quality home security products for consumers.

Linux-powered home gadgets means no low battery chirps coming from the smoke alarm in the middle of the night. This is just one reason that Google sees its buy out of Nest for $3.2 billion a good deal.

What other gadgets does Nest offer? The list is a little short. They include the Nest smart thermostat for $249 and the smart smoke and carbon monoxide detector for $99. 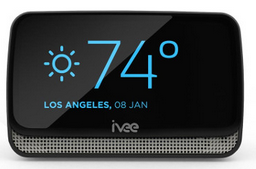 "Google's acquisition of Nest affirms the growing strategic importance of the idea of the connected home", said Frank Gillett, Forrester Research analyst. "It also shows that Google increasingly believes in hardware/software solutions, such as Nest has built, rather than just building operating systems for other manufacturers to implement in smartphones, Chromebooks, and TV's."

Google is expecting to add a lot more to the Nest line. Consumers can expect continued production and innovation from Nest. These products are part of Google's attempt to break into the home automation/home security market.

Google is just one of several large companies attempting to revolutionize the home automation industry.