Microsoft To Team Up To Create Home Automation System

Recently, Microsofts's involvement in the "startup community" has become a priority. Microsoft Ventures, the department responsible for aiding startup potential, has decided to start work in the housing market.

TechCrunch.com reported that Microsoft is launching a new accelerator in Seattle, along with American Family Insurance, with the hopes of improving in the home automation market.

"Home automation is an interesting area for us, and extremely important when you combine it with cloud services and mobile devices," said Rahul Sood, GM and partner at Microsoft Ventures. 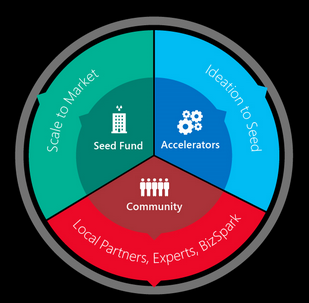 Microsoft Ventures is narrowing its focus with this project, hopefully making is easier to vet applications.  Some cities will have anywhere between 400 and 1,000 applications, so having a specific focus will be helpful in finding a good fit. This focus might also be in response to something of a "glut" in programs offering to help start ups. "This is something that we have been working on for a long time, long before Google bought Nest," Sood stated. "There are plenty of technologies apart from what Nest is doing with the thermostat. Because we are opening it up nationally we know we will get a lot of applicants. Having this focus is a good experiment."

"American Family has tens of millions of customers," Soon points out. "It's trying to be more proactive rather than reactive."

Microsoft has launched other accelerators that were also industry specific. Earlier this year, Microsoft came out with a plan to aid in a healthcare accelerator. Soon declined to comment on any future Microsoft Venture projects.