Deutsche Telekom AG (T-Mobile's German parent company) is one of the largest telecommunications/information technology companies in the world. Deutsche Telekom has an estimated 200 million customers worldwide and now wants to make its presence known in the United States.

The race for the home automation market continues to press forward with Comcast, AT&T, an possibly Apple all joining in to create a quality and simple home automation product. Deutsche Telekom is looking to get a head start by bringing their service to the U.S. and U.K. 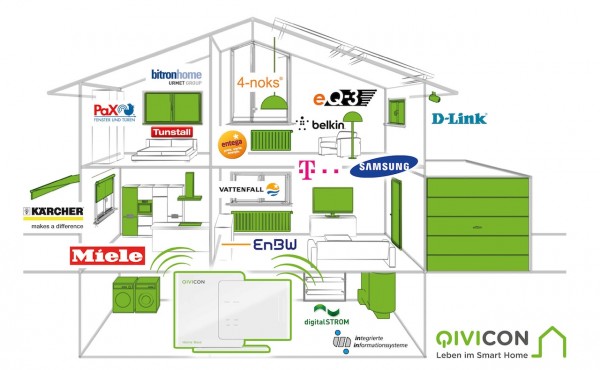 Qivicon integrates with over 30 other device brands, including Samsung and Belkin, and hopes to expand that base. In the future Deutsche Telekom hopes Qivicon will also control thermostats, motion detectors, and lawn sprinklers to name a few. Currently the Qivicon hub and two remote wall plugs costs' approximately $367 U.S. dollars.