Security camera footage from San Jose Airport shows a woman with no ticket or boarding pass sneaking through the security checkpoint and onto a plane headed for Los Angeles. 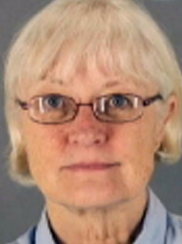 A 62-year old named Marilyn Hartman was arrested Monday after the Southwest flight she was on arrived at LAX. Hartman pleaded no contest and was sentenced to three days in jail. She was charged with a misdemeanor and was also given two years probation which required her to stay away for LAX unless she had an actual ticket.

Hartman has also been banned from San Francisco Airport for repeated attempts to sneak onto flights.

CBS News quoted a source close to the investigation as saying the surveillance footage shows Hartman sneaking by a TSA employee checking documents and ducking behind a family passing through the checkpoint.

The video footage was not made available to the press.

To make matters worse, Hartman tried to sneak onto yet another flight.

Just after being released from jail, and shortly after getting busted for the same thing earlier in the week, Hartman attempted to get onto another flight on Thursday at LAX.

Upon being caught, Hartman was taken straight into custody on suspicion of probation violation.

Police had been prepared for her return and had passed out fliers with her photo on it to all TSA officers and airport staffers to prevent her from stowing away again.