SolarCity Corp. is the U.S. leader in residential solar installations, and they are making some changes.

SolarCity accounts for 29 percent of the residential solar business with the next closest competitor being Vivint Solar with only 9 percent of the share. SolarCity is chaired by Elon Musk who announced that SolarCity has acquired Silevo a solar panel manufacturer. 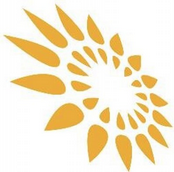 Silevo is a solar panel manufacturer that had a long-time commitment to as an anchor tenant in the Riverbend Commerce Park as part of the Buffalo Billion project.

Musk plans on expanding the initial vision of the company and turning it into a major solar panel innovation center with as many as 1,000 jobs. Company officials have stated that they are focused on growth, but will continue to analyze company's debt to calculate significant risk.

ValueWalk.com found that residential interest is continually growing. The residential solar panel market has increased by 38 percent year over year. SolarCity has seen its revenue go from $59.55 million in 2011 to $163 million in 2014. The company still operates at a deficit because of large debt. Good news is that the publicly traded shares have gone from $11.72 and is now trading at $64.61.