Second only to Alaska in land area, Texas leads all other states in production and distribution of oil, cattle, sheep and cotton. This state places second once again in terms of population.

Few states have as large a contrast between rural and urban living. While Texas is known for its cowboys and ranches, more than half of Texas’ population resides in the Dallas and Houston Metropolitan areas.

Every year the state rakes in $50 billion in revenue from millions of tourists visiting more than 100 state parks, recreation areas, The Alamo, the state capital, Guadalupe Mountains National Park and other areas of interest.

In this vast state, violent crime is equal to the national average with assault and robbery taking the lead.

Property crime rate is above the national average with theft being four times more likely than burglary.

On the other end of the spectrum, hate crimes are four times lower than the national average.

You can check out the best home security companies in specific Texas area:

Vivint provides month-to-month contracts to customers who purchase their equipment upfront. They also provide reasonable prices and no upfront fees for those who choose it.

Frontpoint is a DIY alarm and home automation system. Customers can select from equipment packages, purchase equipment individually, or mix-and-match. Monthly costs depend on how much is spent upfront.

Customers use the Google Nest hub to set up security and smart home equipment around their home. Alarms can be professionally monitored by Brink.

Offers professional- or self-monitored systems. Abode builds a home security package for individuals based on their home or apartment specs.

Deep Sentinel promises a call to police in 30 seconds if the home alarm goes off. They specialize in home security cameras.

Cove has no contracts for home security. The company sends home security and home automation text notifications within 30 seconds. This is a DIY system that can be installed in 30 minutes.

Swann is a well-known security camera manufacturer. The company also offers professional video monitoring on a month-to-month basis for $23-$45/month.

Pay $0 upfront for equipment with Protect America. Their DIY equipment takes less than 30 minutes to set up and many customers report that installation is simple. Read our expert review for a pricing breakdown.

LiveWatch Security equipment can be purchased upfront or rolled into the customer's monthly monitoring costs. The company only sells home security products - no home automation products are available.

Scout Alarm charges $9.99 - $19.99/month for monitoring and does not require a contract. Upfront costs may be higher than competitors.

Simplisafe sells home security equipment that customers can purchase upfront without being locked into contracts. Equipment comes with a 3-year warranty. Monthly monitoring ranges from $15-25/month.

Alder is a DIY home security system for houses or apartments that customers can install in 10 minutes. The company responds to alarms in under 4 seconds. Purchase requires a 5-year contract.

Alarm Grid does not require a contract for customers. Their equipment comes with a 30-day return policy. Their home security equipment can be purchased upfront or financed.

Protection 1 has nearly 2 million customers in the United States. Professional monitoring is available for $34.99 to $54.99/month.

Security One offers a price-lock guarantee and does not charge upfront fees. Available in 48/50 U.S. states. 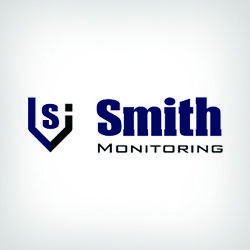 Basic monitoring with Smith's starts at $17/month, but needed add-ons will most likely this monthly cost. Smith's does not offer any home automation products.

Home8 is a DIY security company for homes and businesses. There are no contracts and their equipment is cheaper to similar DIY companies.

Many companies on this site provide compensation to us through commissions, allowing us to provide more accurate data to customers for free. Expert analysis, company research, and an aggregate review score determine the ranking of the companies listed on this site. Find out more.