BBB and the Consumer

The Better Business Bureau is a non-profit organization that has been rating the trustworthiness of incorporated businesses since 1912. The validity of these ratings have been questioned over time, but the majority of consumers still put somewhat of an emphasis on BBB reviews. 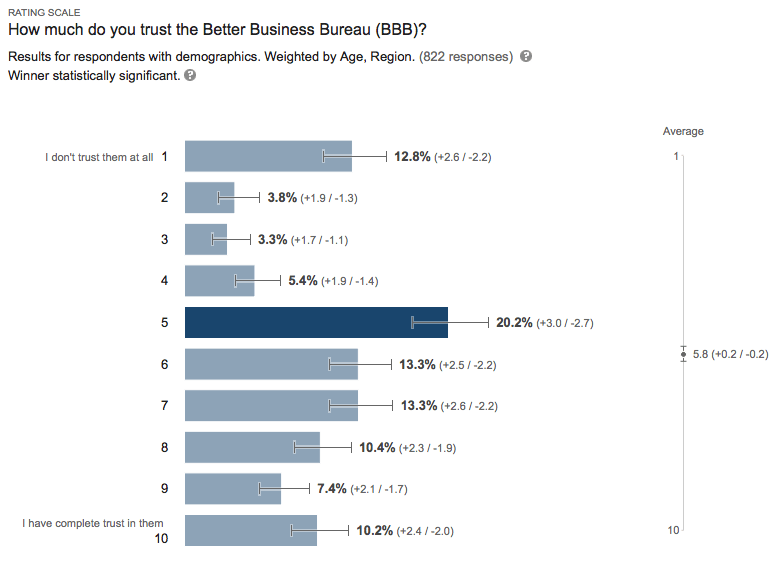 Our survey showed that 74.8% of consumers believe the BBB rating is at least somewhat trustworthy. The majority of those the responded said they will at least check the BBB rating and complaints, even if it doesn't make the purchasing decision in its entirety.