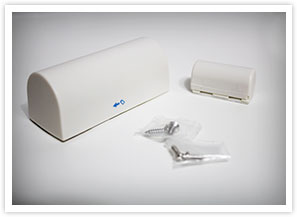 When we first talked to the people at DropCam about their "revolutionary" product we were somewhat hesitant that it would be too good to be true. There have always been products in the home security world trying to change the industry, but most have failed or made small impacts. DropCam is different. DropCam isn't trying to change home security but rather enhance security by allowing people to see what's going on when they're not there. Great idea. We were intrigued by DropCam so we decided to purchase the product and set it up in our office. Here's what we found:

The Good: DropCam holds its own in the video surveillance world. Their user interface is extremely easy-to-use and boasts extremely engaging features. The camera itself is well designed and displays crisp video.

The Bad: DropCam is a relatively new product and has some room to grow. The two-way voice feature turns of mic while camera mic is on thus hindering the speaker from hearing while talking.

DropCam screams thoughtful design. The DropCam packaging is a design and minimalist's dream. The slide out box opens up like a present to reveal the nestled DropCam appropriately greeting the consumer with a "Hello" message. As you pull the DropCam out from its resting bed, you'll instantly feel the quality of materials and its durability. Unlike other cameras, the DropCam is sleek and just the right size. The DropCam pro is finished a nice matte black metal. 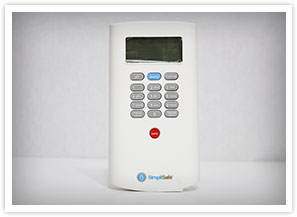 Mobile and web apps: Download the mobile Dropcam app to view live streaming of your camera anytime and anywhere in the world (with internet connection). The mobile app is impressive. Often times video surveillance apps are buggy and slow, but Dropcam has done a good job keeping their app light and nimble. We experienced very little lag time in the live streaming and the two-way voice control was awesome.

Location awareness: Dropcam allows users to turn their Dropcam's on and off based on where they are. At our office we've set up our Dropcam to turn on when activated by sound or motion. Thus when someone enters our office, we receive alerts.

Intelligent alerts: Receive notifications by email or text. We love this feature. We've set up our Dropcam to send text notifications when activated by sound or motion. Thus during the night or weekends we receive messages letting us know when someone is leaving or entering to work early or late.

Sharing: Dropcam allows you to invite your friends to view your stream or make it public to show the world. This feature is actually very useful and easy-to-use. The user interface allows you to generate a custom link that takes friends to your live stream.

Cloud recording (optional): Cloud recording allows users to record and review footage from the last week or month on the cloud. It even allows you to save and share favorite clips. We strongly recommend signing up for cloud recording especially when rates are only $9/month. Our office has had a lot of fun with recorded footage. Each morning our employees enter the office in some grandiose way to light up the camera. We've had employees ninja kick their way into the office and even belt opera as they walked in. Catching those moments has been priceless. 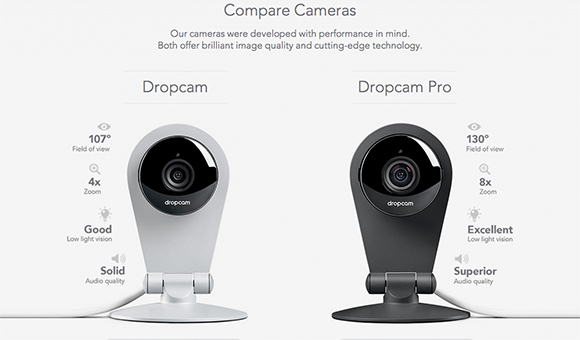 Audio: Dropcam's audio is truly impressive and, in fact, may be one of its best features. The Dropcam audio can pick up sound over 50 feet away. As I mentioned earlier we have the Dropcam set up in our front lobby. Our Dropcam can pick up the audio from our conference room located in the back of our office. In addition, the Dropcam is audio activated thus consumers can receive alerts when their Dropcam picks up sound.

Resolution: Don't expect the Dropcam resolution to be an HD TV experience. The Dropcam picks up "HD" video, but can be granular at times. Overall the Dropcam exceeding the performance of other surveillance equipment and shows clear footage.

Zoom: We were impressed with the Dropcam zoom capabilities. Dropcam offers 4x zoom while the Dropcam pro offers 8x zoom.

Field of View: We purchased both the regular and pro version of Dropcam. While both cameras have excellent fields of vision, our Dropcam pro is definitely better. The pro 130 degree angle allows us to see more around the corners of our lobby and reduces any blind spots.

Night Vision: Dropcam's night vision is surprisingly good. Both the regular and pro version cameras show clear video during the night. This feature comes particularly in handy for stores wishing to add a bit of security to their premises'.

Speed: Dropcam's speed has been consistently good; however, there have been times when we've experienced lag issues with live streaming (usually no more than 1 second). The camera is well made and produces great video. 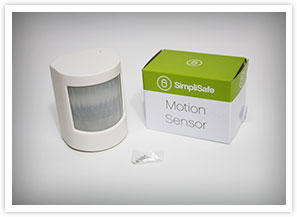 Dropcam's user interface is reason alone to purchase a Dropcam today. As I mentioned before we were pretty skeptical of Dropcam and its capabilities until we signed into the user interface and saw the true magic of Dropcam. The Dropcam interface is broken into 3 parts: top navigation bar, video, and history/clip selector.

Navigation bar: Dropcam's navigation bar is minimal in style and very easy to navigate. Users can toggle between multiple cameras (if set up) and browse saved clips. In addition, users can toggle the camera off and on as well as adjust certain features like audio sensitivity.

Video: Users are immediately greeted by live streaming video from their camera when logged into the Dropcam interface. Video can appear, at times, a little pixelated but is far superior to many competitors.

Disclaimer*: BestHomeSecurityCompanys.com was in no way paid or compensated to write this review. Our experts purchased the DropCam system through their website and conducted an independent review of their product. DropCam uses its own proprietary equipment designed in the USA and manufactured in China.